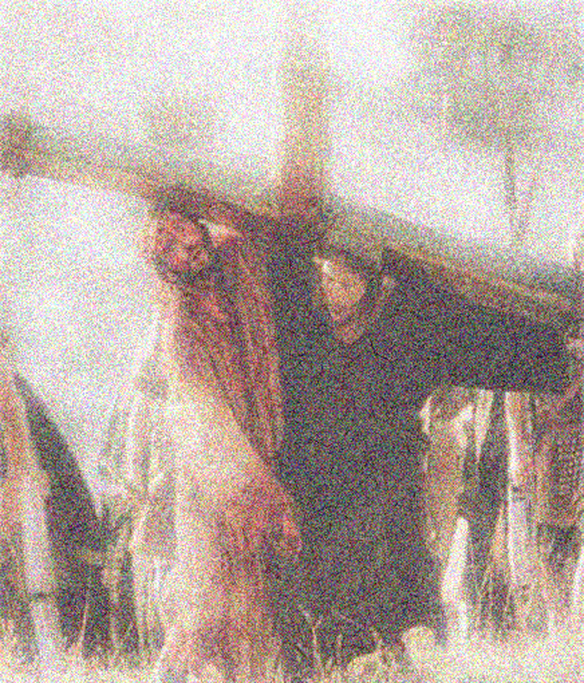 Who Was Simon Of Cyrene?

Simon of Cyrene /saɪˈriːni/ (Hebrew: שמעון‎ "Hearkening; listening",
Standard Hebrew Šimʿon, Tiberian Hebrew Šimʿôn; Greek: Σίμων Κυρηναῖος, Simōn Kyrēnaios)
was the man compelled by the Romans to carry the
Cross of Jesus of Nazareth as Jesus was taken to His Crucifixion,
according to all three Synoptic Gospels. "And as they came out, they found a man of Cyrene,
​ Simon by name: him they compelled to
"BEAR His Cross." (Matthew 27:32)
The Romans recognized he wasn't a Jew by his clothes and then chose
him to oblige Him to help Jesus carry the Cross.
The known facts given about Simon of Cyrene included the following:
First, he was a worshiper of the God of the Jews. This meant he was a dispersed Jewish man
who had returned for the Passover celebrations.

Second, he was a father and had brought his two sons to celebrate the Passover.
Their names are given in Mark 15:21 as Alexander and Rufus.

Third, people from Cyrene were among the first Christian believers at the Day of Pentecost(Acts 2:10).
Perhaps Simon, Alexander, and Rufus were among those who heard and believed?
If so, the connection of Rufus in Romans 16:13 would not be surprising.

In addition, some believers from Cyrene fled Jerusalem following the
death of Stephen(Acts 7) and began sharing their faith in Antioch.
Acts 13:1 mentions Lucius of Cyrene as one of the
teachers of the Christians at Antioch.
Lucius, became a prophet in the early church there.
In this case, as in so many others, the wise providence of God
​in the dispersion of the Jews
in preparation for the spread of the
​Gospel of the Messiah is seen. 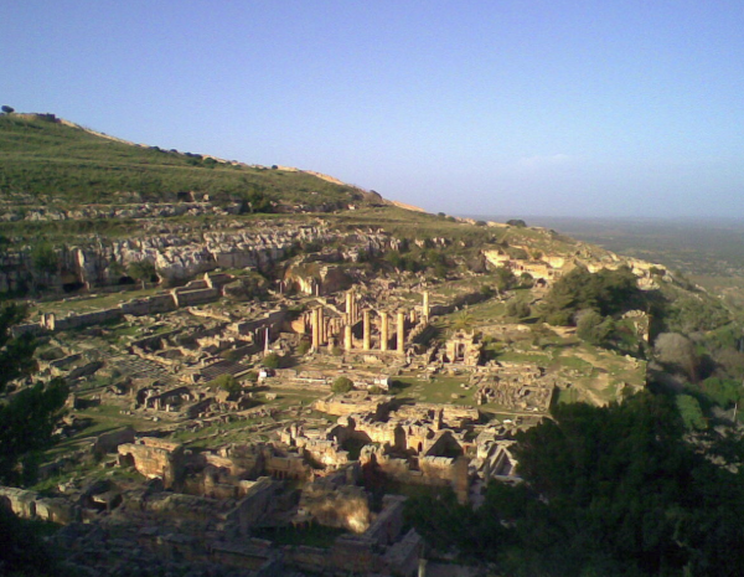 ​Cyrene was a city of Libya in North Africa, lat. 32 degrees 40' North, long. 22 degrees 15' East.
It is located West of ancient Egypt, from which it was separated by a portion of the Libyan desert,
and occupied the territory now belonging to Barca and Tripoli.
​
It was situated upon an elevated plateau about 2,000 ft. above the sea,
from which it was distant some 10 miles.
​A high range of mountains lies to the South, about 90 miles inland.
This shelters the coast land from the scorching heat of the Sahara.
The range drops down toward the North in a series of terrace-like elevations,
​ thus giving to the region a great variety of climate and vegetation. The soil is fertile.
The mission of Simon of Cyrene Ministries is:
To live by faith, be known by His love and to be a voice of hope for the Kingdom of God.

The vision of Simon of Cyrene Ministries is to:
BEAR THE CROSS..TO SAVE THE LOST...AT ANY COST!

The desire of Simon of Cyrene Ministries is to:
Build up the people so that the church will build itself.
​

Our Kingdom values at Simon Of Cyrene Ministries are to:
REACH the people
TEACH the principles
Then PREACH the Promise
(Jesus, The Christ).

We believe in ministering in "3D" to the whole man/woman(mind, soul and spirit) and being able to reach the
Last, the Lost and the Least, the
Outcast, the Oppressed and the Overlooked,
the Victim, those who have been Vacated, and the Vagrant
so that the Lord's people will be
"Equipped, Encouraged and Empowered"
for Kingdom Success.
Now that's L.O.V.E.