Day 7 : Miriam: "The Handmaid For The Lord 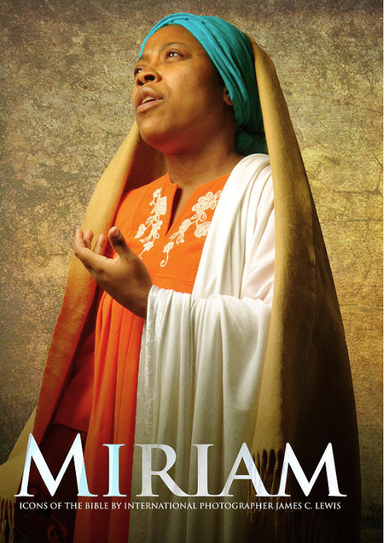 In the Biblical narrative of the Exodus, Miriam is characterized as a "prophetess"
when she leads the Israelites in the Song of the Sea after Pharoah's army is destroyed at the Sea of Reeds.
The Old Testament also describes Miriam and Aaron as criticizing of Moses’ "Cushite" wife in Numbers 12.

Miriam's name in the Hebrew means "sea of bitterness" or "sea of sorrow."

Exodus 15:20,21:And Miriam the prophetess, the sister of Aaron, took a timbrel in her hand; and all the women
went out after her with timbrels and with dances.
And Miriam answered them, Sing ye to the LORD, for he hath triumphed gloriously;
the horse and his rider hath he thrown into the sea.”
Miriam. If we know Moses, we probably know Miriam watched over him while he was in the river. We will see that she had a part to play in the events of the Exodus and the wilderness wanderings. Do we think of her as having been sent before Israel just like Moses and Aaron? I had not until I studied about her for “To Be a Handmaid of the Lord”.

Yesterday we learned more about Miriam’s mother, Jochebed. Miriam had an amazing example of faith right in her home!
That is truly a blessing!

In the events of Moses as a baby, we see young Miriam as obedient and quick thinking (Genesis. 2:4-8).
But it is in her adult years that we learn more about her.

We do not know specifics about Miriam’s life while Moses grew up in the house of Pharaoh. There is no indication that she was married. We are not told her age, but we can determine that she was older than Aaron and Moses (Exodus 7:7;Exodus. 2:4).
She lived in Egypt as an Israelite, so it stands to reason that the difficulties of the people affected her as well (Exodus. 2:11, 23-25).
We begin to learn more about her after the crossing of the Red Sea (Exodus 14).

After Moses leads Israel across the Red Sea, Moses and the sons of Israel sing a song of praise and thanksgiving to the Lord
(Exodus. 15:1-19). In Exodus 15:20-21 we read, “Miriam the prophetess, Aaron’s sister, took the timbrel in her hand, and all the women went out after her with timbrels and with dancing. Miriam answered them, ‘Sing to the Lord for He is highly exalted; The horse and his rider He has hurled into the sea.'”

Miriam here is named as a “prophetess”. Prophets were those who were to speak the words God had given them to speak
(Deuteronomy. 18:18-20). God did not limit this work to men (Judges 4:4; 2 Kings 22:14; Luke 2:36).
With these different aspects to her life, the one event God chooses to share with us is in Numbers 12.

In Numbers 12:1-2 it says, “Then Miriam and Aaron spoke against Moses because of the Cushite(Black) woman whom he had married (for he had married a Cushite woman); and they said, ‘Has the Lord indeed spoken only through Moses? Has He not spoken through us as well?’ And the Lord heard it.”

We have a moment where Miriam lets her own self-importance and jealousy get the better of her. We can know that Miriam took the lead in this confrontation because of two things:

The scripture says that the problem is Moses’ Cushite (Ethiopian) wife, but what they voice is an accusation of Moses thinking himself better than Miriam and Aaron. This was an unjust thing to say about Moses, proven when God comments in verse 3, “Now the man Moses was very humble, more than any man who was on the face of the earth.” Have you ever done that? Had a judgment about someone, but instead of voicing the real problem you make a different accusation? Have you ever allowed your own opinion to be over inflated? It is something I fight within myself often! Again, we are being shown a REAL woman here.

I do not know why Miriam and Aaron would have an issue over Moses’ marrying the Ethiopian woman. God had told Israel not to intermarry with the nations in Canaan (Exodus. 34:10-16; Deuteronomy. 7:2-4), but He had not done so about the nations they encountered up to that point. Moses had a wife, Zipporah (Exodus. 2:21), when he first led the people out of Egypt, but we have not heard anything of her since right after the crossing of the Red Sea (Exodus. 18:2). The account does not say Moses took “another” wife, as though the Cushite woman were in addition to Zipporah. Whatever the reason, it pushed Miriam’s buttons and bothered Aaron enough for him to go along with her.

As we mentioned earlier, Miriam was a prophetess. Moses was God’s CHOSEN prophet (Exodus. 3:10-22). Aaron was chosen to be Moses’ mouthpiece to speak God’s words (Exodus. 4:14-16). They each had a part to play in relaying God’s words to the people.
But, without question, Moses had a greater part to play. God calls out Aaron and Miriam and rebukes them. He says that He decides who will be His prophet and speak to them via visions or dreams. Moses, on the other hand, God speaks to him DIRECTLY
(Numbers. 12:6-8). God is amazed because Aaron and Miriam KNEW this and yet they still spoke against Moses!

God is angry, so He leaves them. As the cloud goes away, Aaron turns and sees that Miriam has become leprous! Her skin had turned “as white as snow” (Number. 12:10). Aaron begs forgiveness from Moses for their foolishness and asks that he do something for her. Moses prays to the Lord, “O God, heal her, I pray!”

God answers, saying, “If her father had but spit in her face, would she not bear her shame for seven days? Let her be shut up for seven days outside the camp, and afterward she may be received again” (Number. 12:14).
Even though leprosy was a dreadful thing, there was hope of healing (Leviticus. 14). The process could be long though – and meanwhile the afflicted person suffered outside of the camp so as to keep the rest of the people clean. Aaron did not want this for Miriam. God however says that it is right for her to bear her shame for a time. Moses will later use Miriam as an example to remind the people to be careful to obey the laws about leprosy (Deuteronomy. 24:9).

We do not hear anything about Miriam after that incident. She dies in the wilderness of Zin, thus losing out on the land of promise (Number. 20:1). Moses and Aaron will also lose the promised land themselves not long after her death (Number. 20:8-13).
This is Miriam’s story. What do we do with it now?

As a positive, she shows us an example of obedience when she was young. This shows us as parents that well-trained children are a blessing (Proverbs. 22:6; Ephesians. 6:1).

Miriam had a zeal to praise God as we see after the crossing of the Red Sea (Exodus. 15:20). She had been sent by God to speak to the people along with Moses and Aaron (Micah 6:4). She shows us God using a woman in a strong and influential way. Her influence was such that Moses called upon the people to remember what had happened to her forty(40)years before they were to enter the land (Deuteronomy. 24:9). They could only remember the lesson if they remembered the woman and the story! She forgot herself and spoke against her brother and was quite publicly admonished for it. My sisters, please remember to use your zeal and use your skills, but also  remember the check that was put upon her for thinking and speaking out of her place. 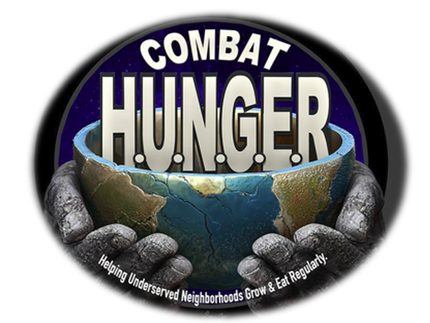