"Fruit trees of all kinds will grow on both banks of the river.
Their leaves will not wither, nor will their fruit fail. Every month they will bear fruit,
​because the water from the sanctuary flows to them.
Their fruit will serve for food and their leaves for healing.”
​
Ezekiel 47:12 (NIV)

Here in this vividly poetic excerpt from the Songs of Solomon (a love story between Jesus, the God of Israel, and His chosen nation of priests – the Israelites) we get an idea of the wide variety of fruits and herbs that
​were sought after and valuable: 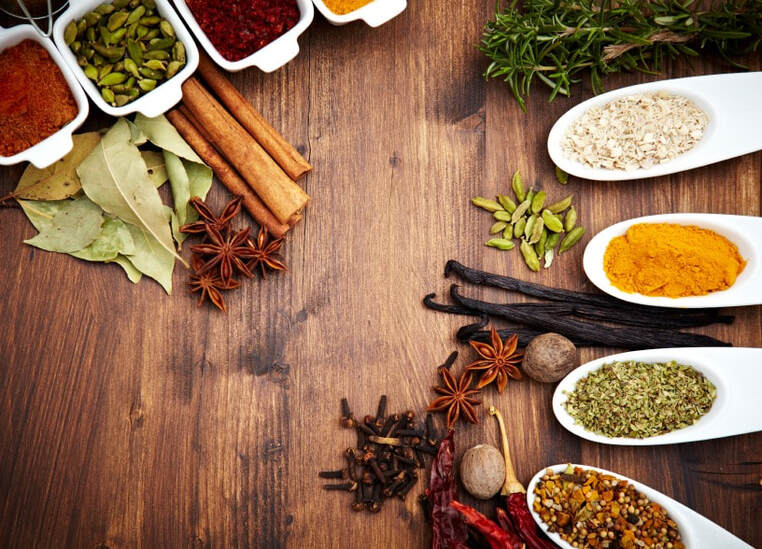 ​"A garden enclosed is my sister, my spouse; a spring shut up, a fountain sealed.
Thy plants are an orchard of POMEGRANATES, with pleasant fruits; CAMPHIRE, with SPIKENARD,
Spikenard and SAFFRON; CALAMUS and CINNAMON,
with all trees of FRANKINCENSE; MYRRH & ALOES, with all
the chief spices:
A fountain of GARDENS, a well of LIVING WATERS, and STREAMS from Lebanon."

​
People have been using herbs for thousands of  years because of their culinary and medicinal benefits. Here I have listed out some of the most popular herbs of the Bible, and what they were traditionally used for.
Prayerfully, you can pick up a tip or two on how to incorporate these Biblical herbs into your process
of clean eating and a health lifestyle change today. 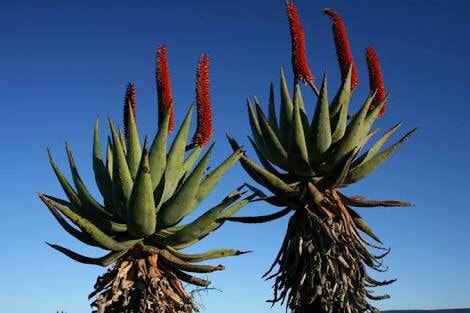 
The Aloe Vera plant has been used for thousands of years to heal a variety of conditions,
most notably burns, wounds, skin irritations, and constipation.
​
Aloe was also used to embalm the dead, as well as for perfume.
Today, Aloe is used in many ways including
treating burns, sunburns, healing bruises
and rashes, moisturize skin,
​fights athletes foot, prevent scarring and stretch marks,
​ speed up hair growth, and many more.
Anise 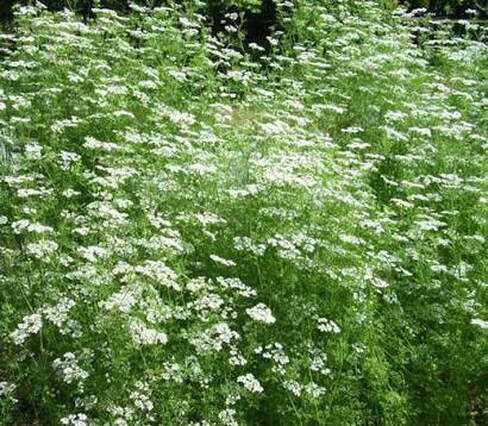 "Woe unto you, scribes and Pharisees, hypocrites! for ye pay tithe of
mint and anise and cummin,
and have omitted the weightier matters of the law,
judgment, mercy, and faith:
these ought ye to have done, and not to leave the other undone."
​
Matthew 23:23(KJV)

​All parts of the anise plant were used during Biblical times. The seeds, leaves and stem were used to
cool high temperatures, as well as for other medicinal purposes.
Today, Anise can be used to help with digestion and can be used as an anti-flatulence agent,
​ a relief aid for coughs and colds and also can help with insomnia.
Usually taken by crushing the seeds into a tea.
Balm 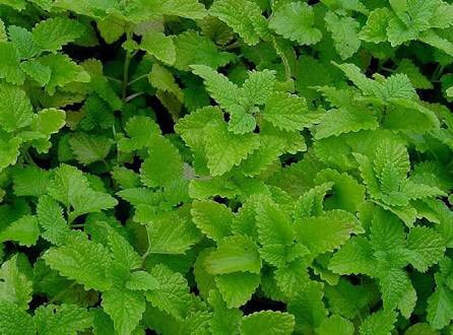 "Is there no balm in Gilead;
is there no physician there?
Why then is not the health of the daughter
of my people recovered?"
​
Jeremiah 8:22(KJV)


Balm refers to an extremely fragrant substance that was extracted from the balsam tree.
In Biblical times, Balsam was considered extremely valuable. Its gum was used as incense, while the oil that came from the bark, the leaves and the berries worked well as medicine. 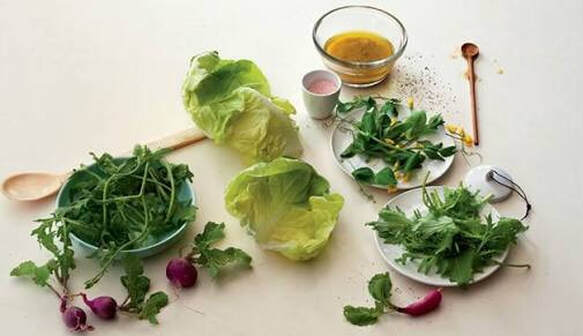 Bitter herbs are a collective term used for lettuce, horehound, tansy, horseradish, endive and coriander seeds.
Bitter herbs were mostly used for food.
In fact, the people of Israel were commanded to have
bitter herbs with their Passover lamb.
Today, they can be used to help with
urinary tract infections,
kidney stones,
fluid retention,
​achy joints and gout.
Cassia 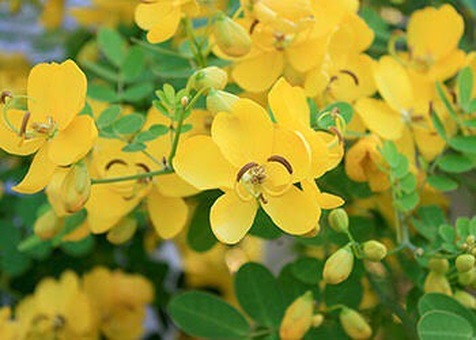 "Dan also and Javan going to and fro occupied in thy fairs:
​ bright IRON, CASSIA, and CALAMUS,
were in thy market."

Cassia Oil was popularly used as anointing oil during Biblical times.
Cassia has aromatic properties quite similar to cinnamon.
Today, Cassia can be used as natural hair care, coloring and conditioning.
​The leaves are harvested, dried, and ground into a powder used for natural hair care. 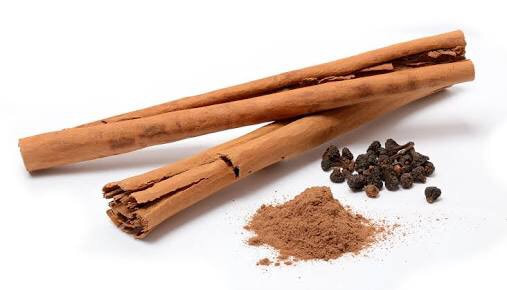 and of sweet CINNAMON half so much,
even two hundred and fifty shekels($71.72 USD),

and of sweet CALAMUS
two hundred and fifty shekels"($71.72 USD),

Cinnamon, once considered more precious than gold, has some amazing medicinal benefits.
The bark, where the oil comes from, was traditionally collected for anointing oil, as well as perfume.
Today, cinnamon can be used for athlete’s foot, indigestion, improve brain function,
​helps lower blood glucose levels, among many others. 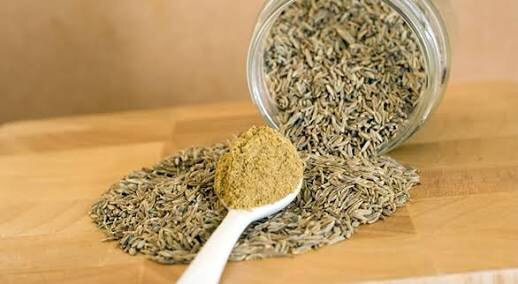 "When he has leveled its surface,
Does he not sow the BLACK CUMMIN
And scatter the CUMMIN,
Plant the wheat in rows,
The barley in the appointed place,
And the spelt in its place?"


The Ancient Israelites took cumin seeds, dried them, and used them to flavor their food.
Today, cumin can help with digestion, cardiovascular disease, urinary disorders, and fever. It was said that the
Black Seed Oil(with the cumin) can do everything "but raise the dead." 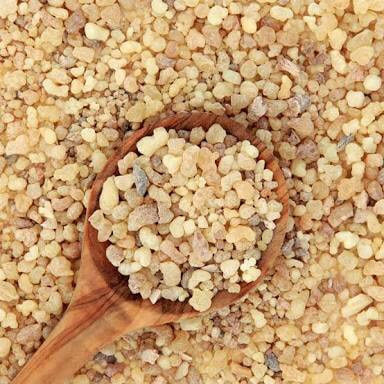 And the Lord said unto Moses, Take unto thee sweet spices, STACTE, and ONYCHA, and GALBANUM:
these sweet spices with pure frankincense: of each shall there be a like weight:


Most popularly known for incense, Frankincense was used during ceremonial offerings and considered
an article of luxury.
Today, it can be used as an analgesic, antidepressant and sedative, in addition to being a powerful healing herb. Frankincense is also a primary ingredient in stress-reducing incenses. 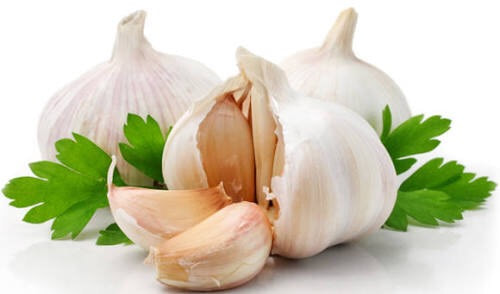 "We remember the fish, which we did eat in Egypt freely;
the cucumbers,
and the melons,
and the leeks,
and the onions,
and the GARLICK"


Garlic has been used as both food and medicine in many cultures for thousands of years,
dating back to when the Egyptian pyramids were built.

Today, garlic is used to help prevent heart disease, including atherosclerosis or hardening of the arteries
(plaque buildup in the arteries that can block the flow of blood and may lead to heart attack or stroke),
high cholesterol,
high blood pressure,
and to boost the immune system.
Garlic may also help protect against cancer.
Hyssop 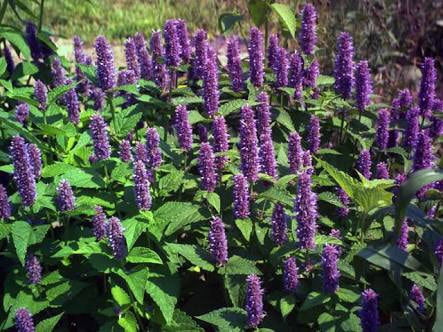 "And he spake of trees, from the cedar tree that is in Lebanon even unto the HYSSOP
​that springeth out of the wall:
He spake also of beasts,
and of fowl,
and of creeping things,
and of fishes. "

Hyssop is a sweet smelling plant from the mint family.
It was used in many ceremonial rituals of the Israelites,
as burning hyssop typically meant an inner cleansing. 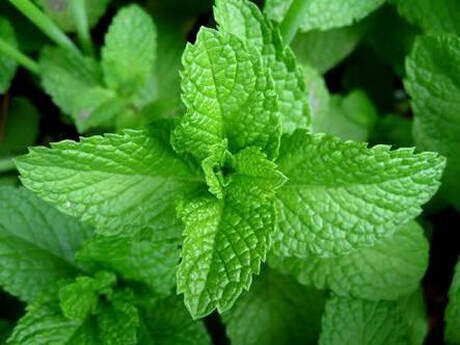 "But woe to you Pharisees! For you tithe MINT and rue and every herb,
​and neglect justice and the love of God.
These you ought to have done, without neglecting the others"

Mint has been used for thousands of years as a culinary herb and for medicine.
Today, mint can help with stomach aches, poor digestion, fever, hiccups, ear aches and sinuses
Mustard 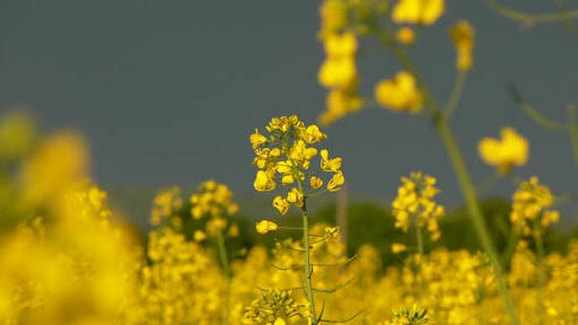 "And the Lord said, If ye had faith as a grain of MUSTARD seed, ye might say unto this sycamine tree,
Be thou plucked up by the root,
and be thou planted in the sea;
​and it should obey you."

One of Jesus’ most famous parables was about the MUSTARD seed.
This may be because MUSTARD grew so abundantly in Palestine.
Today, MUSTARD can be used for soar throats, muscle and back relaxing,
and as a hair conditioner to treat damaged hair. 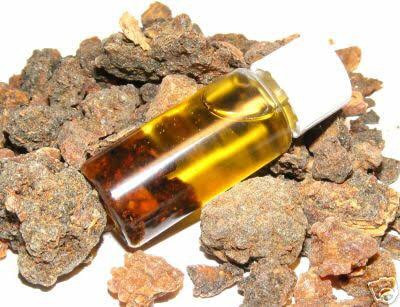 "I have perfumed my bed
with MYRRH, aloes and cinnamon."


In Biblical times, MYRRH was sold as a spice or an ingredient of the anointing oil used in the Tabernacle, or as a salve for the purification of the dead.
In the Roman world, it was considered a natural remedy for almost every human affliction,
from earaches to hemorrhoids.

Today, MYRRH can be used as a cleansing agent,
​and to help with ulcerated throats and mouth sores. 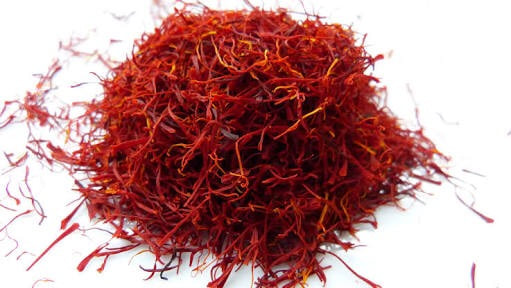 "Spikenard and SAFFRON; calamus and cinnamon, with all trees of frankincense; myrrh and aloes,
​with all the chief spices:"

The most expensive spice in the world today was also very dear during ancient times.
Because of its distinct yellow color, SAFFRON was used not only for flavoring but to make ancient dyes as well.
Ancient peoples used SAFFRON to treat stomach upsets, bubonic plague, and smallpox.